Solid Escapism. This is one of those books with enough twists and turns that it truly provides a great deal of effective escapism – even if you manage to put it down, you’re going to be wondering what can possibly happen next. As a setup to a series… I’m interested to see where it goes from here, honestly. To me, it didn’t really feel too “setup” ish and almost completely read like a true standalone book. There weren’t any real threads left dangling here, so other than setting up the backstory of the primary character and a few key supporting characters…. like I said, not overly obvious what this series will entail. Which is unusual for a Book 1. Still, in and of itself this was an excellent twisty mystery/ action book, though the climax did feel a bit abrupt. Overall a fun read, and very much recommended.

This review of Wrong Alibi by Christina Dodd was originally written on December 2, 2020. 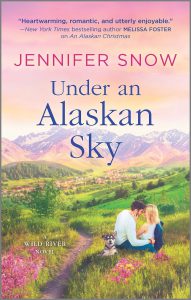 As I say in the Goodreads review below, this was a solid romance novel that has most everything fans of the genre will want, and is a good enough story within that lane that even those who haven’t enjoyed romance novels before might like this one. Also, a solid Hallmark movie style romance, for those into that kind of thing.

What *really* drew me to this book though was Snow’s new alternate identity. You see, last year a book came out that I described as “one of the darkest, most disturbing books I’ve read in quite some time”. That book was All The Lovely Pieces by J.M. Winchester. Which happens to be this alternate identity of the author of this Hallmark-type romance, Jennifer Snow.

So, the dichotomy intrigues me – and points to Snow/Winchester’s strength as a story teller. To get such divergent books from the same mind is quite remarkable given the fact that so many authors tend to stick to one particular genre and, usually, even one particular type of story within that genre. And thus this week I urge you to not only pick up this particular book, but also the other one – which was a Featured New Release when it released last summer to boot.