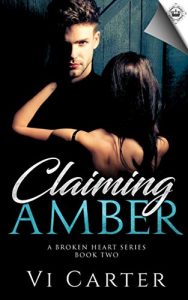 And the Goodreads/ Amazon:

Gold Claim. This was a solid romantic suspense where you really didn’t see what was coming. Good character development, great world building. Looking forward to the next in the series.