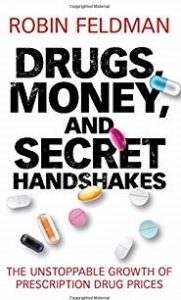 Quite simply, if you are an American reading this and you only read a single book between now and the November 2020 elections, it needs to be this one.

Fully 46% of the edition I read was bibliography and index – that is how well documented this treatise is. Indeed, at times it seemed that literally every sentence Feldman wrote had a footnote marker at the end of it.

And what she documents here is simply astonishing. I think many of us have suspected various pieces of the problem for quite a while, and indeed reform efforts as long ago as the mid 80s, when I was a toddler, have sought to correct some of what is described in this book. But as Feldman points out, many of these reforms have only exacerbated the problem rather than solving it.

Feldman does an excellent job introducing the problem in Chapter 1, spends chapters 2-4 detailing the problem from multiple perspectives, discusses an actual study of the problem she executed in chapter 5 – which is astonishing in its own right and not to be missed – and finally details some potential solutions in Chapter 6. It is refreshing that she explicitly states in the introduction to Chapter 6 that many of her proposals won’t be politically palatable and so gives a range of options from possibly politically palatable yet likely ineffective to almost a third rail of politics yet could likely actually solve the issue.

If this book gets the discussion it deserves, it will likely be a driving force in at least some of the 2020 campaigns, and it deserves to be. Feldman truly does a superb job of documenting and explaining her case, and I look forward to seeing where this goes.

A Klaxon Call. In this exceedingly well documented scholarship, Feldman presents the case well. And what an alarming case it is. Drug manufacturers have found ways to game the system at all levels such that the existing system in the US actually *encourages* ever higher drug prices – even as patients are crying out under the strain and in many cases forgoing life saving medication due to not being able to afford it. Feldman explains the problem at all levels though four of the six chapters of the book, with the first chapter being an overall introduction to the problem and the final chapter being suggested solutions – including a range going from possibly politically palatable yet likely ineffective to very likely effective but less likely to be politically palatable. Overall a stunning work that could – and likely should – drive at least some discussions through the 2020 election cycle.