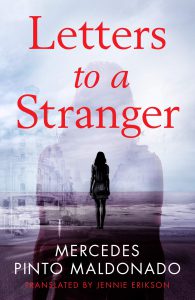 This was an interesting read. The mystery is solid and compelling, and the writing is excellent (at least in the English, and presumably in the Spanish – though I barely read or write Spanish and thus read the English version). But the book itself is all about loss, and that depressive state pervades this book almost from the first words to the last. (Though to be fair, the last words are a bit cliche, a slight mar to the finish of an otherwise outstanding work.) So as I note below, you’re almost going to be begging for a zany and hilarious romantic comedy as a palate cleanser after this one.

But there *is* a love story embedded within the loss, as well as a pair of redemptive arcs that play out on different time scales. These provide just enough levity to allow the gravitas of the loss to settle without being overbearing, and these show just how adept at her craft Maldonado is. This seems to be the first of Maldonado’s works to be translated into English, but this reader for one is hoping that more follow – I’m not quite so desperate to read more of her work that I would learn Spanish just to be able to do so, but I would indeed like to see more. Very much recommended.

Depressing? Cathartic? Somewhere In Between? This book is all about loss, with a tale of finding yourself in the loss embedded within it. Because of this, it is really hard to decide how I ultimately feel about the book. It is absolutely strong and well written (at least in the English translation), and does an excellent job of creating a world and telling a compelling story within that world while evoking emotions within the reader. But this is one of those books that you’re going to want to pick up as zany hilarious romantic comedy as you can find afterwords, just to lift your spirits a bit. Great tale, very much recommended.