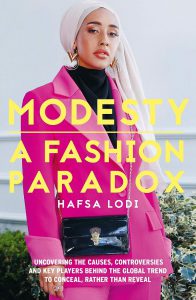 I grew up in a fairly conservative Christian tradition, the Southern Baptist Church. While my church was a *bit* more moderate in dress – women were allowed to wear pants, though it was frowned upon by the senior citizen crowd, for example – I was in a region (exurban Atlanta) where knowing people who attended more conservative churches with more stringent dress codes wasn’t uncommon. On church beach trips or pool parties, for example, one piece swimsuits for females were a common requirement. Even in that era, men and boys were expected to at minimum wear pants and close toed shoes along with some appropriate top (could be just a tshirt, as long as the torso was covered, though men generally wore at minimum polo shirts to services, and often dress shirts and ties). Hell, for much of my life my dad has been a deacon (church elder, basically) in the church my parents and brothers (and their families) still attend to this day. I actually remember one infamous example where our preacher was preaching at a church in a neighboring County in August. This being Georgia, let’s just say you don’t exactly want to wear pants in Georgia, and this was a Revival service to boot – a week long (ish) event of nightly church services, seen as a way to be extra pious and encourage more people to come to church. So it wasn’t exactly like this was a Sunday morning service (the “most holy” services in at least that brand of Christianity, where standards and protocols tend to be the most stringent). My parents were insisting I wear pants. I was insisting I wear shorts because it was so hot. At this point I was in my early teens or so, young enough that I couldn’t yet drive, old enough that I could make my desires known and fight for them. I actually don’t remember how that situation turned out – I don’t remember if we made the service that night or what I wore, though there is a faint thought that I did in fact wear pants and we did in fact make it to service.

The point being, while I’ve never actively considered how hard it may be to find trendy clothes that fit the modest standards of such groups, I have been a part of a culture that at least expects it, if not outright demands it/ forces it. So I get a version of where Lodi is coming from here, even while never experiencing her exact situation.

Which ultimately leads to the one criticism I have of this book.

Lodi does an *amazing* job of documenting Generation M, the Muslim Millenial Female, and its desires for trendy yet traditional (ish) fashion. She truly does a remarkable job of showing the history of both uncovering a century ago or so and recovering over the last 50 years or so, including the various debates and schools of thought on each. For a treatise specifically on these issues, this book is seemingly damn near perfect and for that alone it was utterly fascinating – as despite having watched a few episodes of America’s Next Top Model or Project Runway, I’m not exactly knowledgeable of that world at all really.

But the most glaring weakness of the book, the one that leaves it at just “amazing” rather than elevating it closer to “transcendental”, turns out to be that very laser focus on Muslim issues specifically. Sure, she starts and ends with an example of her childhood Mormon friend, and Christians and Jews (and specifically Mormons, whose Christianity is doubted in at least some circles) are mentioned sporadically and even no-faith reasons are mentioned even less, but are in fact mentioned. But they are almost always more as an aside and are never considered in any real kind of depth. What this book really needed was maybe just a single chapter each where Lodi stepped away from the Muslim angle and actually – if briefly – explored the same histories. thought processes, and modern issues of those specific groups. Particularly from the non-faith, skin care/ sun avoidance angle, it could have been a truly remarkable addition to the text here.

But again, even with that omission, this is truly an excellent book and particularly for those remotely interested in fashion generally or modest fashion in particular – and especially if you’re an Instagram addict with those proclivities – you’ll want to pick up this book immediately. Very much recommended.

Intriguing Look At Muslim Fashion and the Rise of Generation M Through That Lens. I grew up in a very conservative Christian region. The church I grew up in wasn’t hyper strict on dress code (though it was still enforced that pants and closed toed shoes were required for males, which I chafed at every summer – this was outside of Atlanta, after all), but I new others that were very much in the vein that Lodi describes in brief flashes of this book where she looks at any form of Christianity at all, including the Mormon friend that she references in the introduction and conclusion.

But overall this book is hyper focused on modest fashion *as seen through the lens of Muslim females, particularly Millenial Muslim females*. Lodi does a seemingly good job of showing the last century or so of history of how we got to this moment in female Muslim fashion, from early efforts to liberalize and get away from the traditional coverings to the movements to go back under the abayas and burqas as a protest of such liberalization. She does a decent job of examining the various social arguments both for and against both covering and even making the covers more fashionable.

But what really sets the book apart is just how tied into Instagram in particular it is. Indeed, seemingly every single time Lodi first mentions a person, she also mentions their Instagram handle if they have one – and most everyone she mentions has one.

Arguably the most glaring weakness of the book – and it isn’t actually big enough that I can bring myself to ding a single star, it is more of the difference between run of the mill and transcendental – *is* the hyper focus on Muslim fashion specifically. Yes, the other Abrahamic faiths are mentioned a few times, and even no faith at all is mentioned at times, but the lens is absolutely through the one particular viewpoint. The book very much could have benefited from maybe as little as two extra chapters – one on Christian modest fashion/ rationales and another on secular, “skin care” type modest fashion/ rationales.

But ultimately a strong book from within its perspective, and seemingly very complete and as up to date as a book can be. Very much recommended.