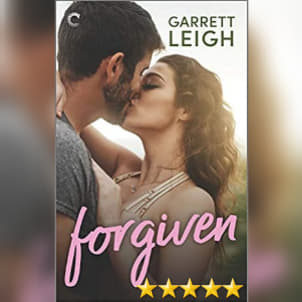 Forgive the Low Star Reviewers, For They Know Not What They Do. Apparently I had a *completely* different experience with this book than most of the other ARC readers, because while this thing wasn’t mind blowing in the slightest, it was a solid romance with a crap ton of sex, characters who both despised and loved each other, and a solid concept for at least a short series. Really, it was fairly standard ish romance – which is all that I really expected here. If you’re looking for LGBT romance, this isn’t it – and never claims it is, despite the author being more well known in that space. If you’re looking for sweet or clean or tidy… this isn’t that either. There is a lot of hard core, rough, passionate, hate filled sex – because that is the space these characters are in after the way life has treated them over the last decade, and the last thing either of them wants to be dealing with is the one that got away all those years ago. And yes, there is an out and proud gay brother – and another brother whose sexuality is less clear in this text – who will be the foci of the next book in the series. Which alone merits reading this series, as *extremely* few authors have the balls to combine different sexualities into the same series – or even write books outside a set sexuality. I’ve actually already started the other book, since I’m also reading it early – for a blog tour, in fact – and so far it continues in the same tone as the others.

Ultimately, I would’ve read this one from the hate filled reviews alone – just because when a book gets *so* heavily panned, I find myself reading it for myself just to see if indeed the hatred is warranted. It wasn’t in the most personally-famous case of me doing this (reading DIVERGENT trilogy because ALLEGIANT got this same level of hatred over its ending), and it isn’t in this book either.

This book, and so far this series, is a refreshing change of pace in so many ways, and is therefore very much recommended.

This review of Forgiven by Garrett Leigh was originally written on January 22, 2021.