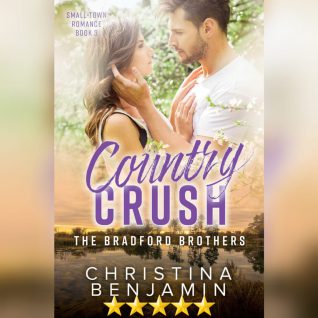 Commingled Couples. Ah. The brother who fled town and never really looked back. The middle child in this band of brothers… and myself (the oldest) in my own. As with Book 2 (Saltwater Sweethearts), there was a fair amount here that hit a little close to home, and the mother yet again proves wise indeed. But arguably the strongest point about this book is just how effectively it weaves in and out of familiar scenes from one or the other (and often both) of the prior books in the series – yet never feels shoehorned in or contradictory to those scenes. Indeed, the mind effect is more akin to a How I Met Your Mother style “ok, now let me tell you what *this* character was doing at that moment” or even, perhaps, an Avengers: Endgame “time heist” sequence where the current characters revisit scenes in “prior” books (though in this case, set in the real world, in real time rather than in the characters’ past) yet blended perfectly in with the existing scenes. Thus showing Benjamin’s skill as a storyteller (and, perhaps, her editor’s skill in keeping things intact 😉 ). Very much recommended.

This review of Country Crush by Christina Benjamin was originally written on February 15, 2021.