False Promise? Let me be extremely clear: As far as “facing constant threat of death from mysterious operators” plot lines go, this one was solid. After what has become a usual opening chapter establishing Jake Parker just trying to live his life, we pretty well immediately go into “constantly running from the bad guys while trying to solve a global mystery” mode, and in this part Thacker is excellent. We even get a bit of real-world discussion on yet another oft-neglected topic, in this case … well, revealing that is a bit of a spoiler. But an interesting one, for sure.

But no, the “False Promise?” question from the title more has to do with the ending of Book 2 and my own expectations for this book based on that. I was expecting a lot more direct involvement from Parker’s dad, leading up to a direct confrontation between father and son where guns would be blazing both directions. That… doesn’t happen here. Though Parker’s dad *does* play a role in most of the tale and there *is* (eventually) a confrontation and even a resolution. It just wasn’t the all encompassing explosive type I for some reason was expecting/ hoping for.

But Thacker does in fact do an excellent job of telling yet another globe trotting Jake Parker tale and both wraps up this current version while allowing for new possibilities down the road. This reader, for one, hopes we eventually get to explore some of those. Very much recommended.

Below the jump, the publisher information, including a book description and buy links. 🙂 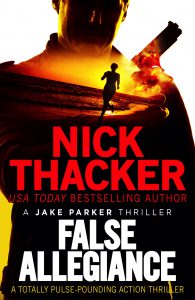 Description:
Someone wants Jake Parker dead. He’ll find out why, or die trying…

Ex-army, ex-police, widowed husband, estranged son. Jake Parker has no family, no one to care if one of the government-contract jobs he takes goes wrong. So he’s shocked to get a phone call from his father as he’s pursuing an anomaly from his latest mission. But his dad isn’t calling for a chat, he’s issuing a warning: stop digging around, let this job go.

Jake barely has time to register the news that his father has been keeping tabs on him before a bomb tears apart his apartment, and he barely escapes with his life. Now he’s injured, on the run, and determined to find out who wants to silence him, and why.

The more he digs, the more drastic the attempts on his life become, but Jake won’t be beaten at this game. When he gets hold of one of the thugs trying to take him out, Jake learns that he’s treading on the toes of an illicit arms deal and now he may be the only person who can stop a cargo of weapons getting into the hands of international terrorists. Terrorists with their eyes on the US and who seem to have a hold on his father. Now Jake has to make the ultimate choice: allegiance to his family, or to his country…? He can only save one.

A completely gripping thriller from a USA Today bestselling author. A pulse-pounding read for fans of David Baldacci, Tim Tigner and the Jack Ryan thrillers. 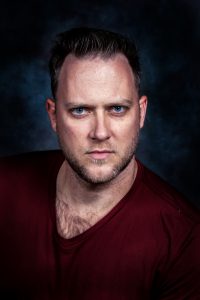 Author Bio:
Nick Thacker is the USA Today Bestselling Author of action-adventure thrillers and mysteries, including the Harvey Bennett Thrillers series. Often mentioned as a cross between Clive Cussler and James Rollins, his stories are written in a fast-paced, punchy style.

He lives on a volcano in Hawaii with his wife, two kids, and two dogs. 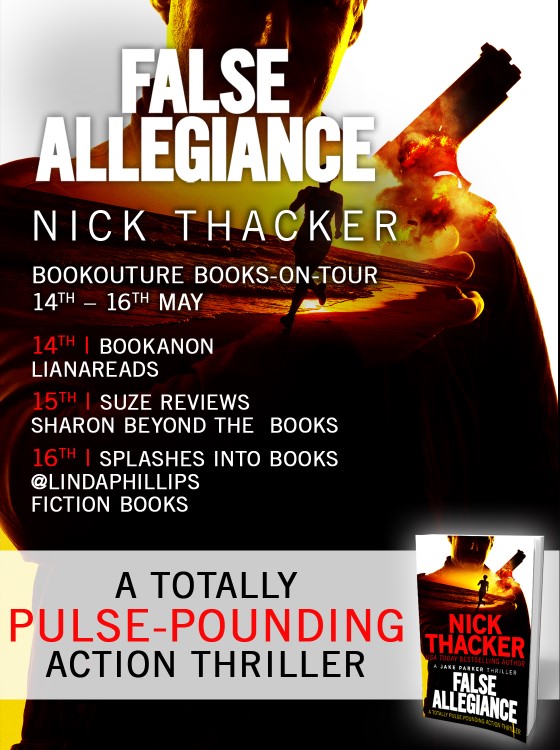