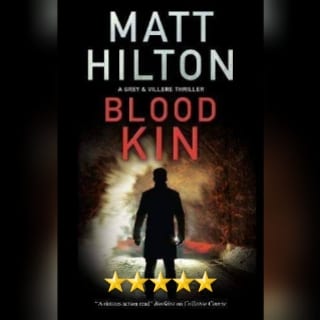 Tess And Po With Elements Of Reacher And The Lottery. This is only my second Tess and Po book, but I’ve quickly fallen in love… and noticed the basic pattern. (Which is the same basic pattern most books of this type have. Brief interlude of “normal life” leads into some inciting incident – in this case, Tess and Po stumbling into a mother and child in peril – leads to an investigation which leads to action. It is a successful pattern given how often it is employed across so many books, and it is well executed here.) When we get to the investigation/ action stages is when this book evokes one of the more memorable Reacher tales due to the similarity of the enemy faced (controlling militia type). And then we bring in elements of the ultra-creepy The Lottery to boot. Completely a Tess and Po story, but the common elements serve to enhance it even more (assuming you’ve read those tales, anyway :D). A final note: This *is* deep in a series of investigative/ police procedurals. It can work as a standalone/ entry point as long as you don’t mind seeing more advanced stages of the investigative team’s life together, but if you’re a reader that doesn’t like any level of spoiler of previous books, you’re going to want to start at Book 1 and get to here. Because if you do start at Book 1… just go ahead and buy the entire series. You’re going to want to have them on hand as you finish each one anyway. Hell, I’m already wishing I had Book 9 in my hands, and this one doesn’t even release to the public for nearly a month! Very much recommended.

This Review of Blood Kin by Matt Hilton was originally written on July 7, 2021.