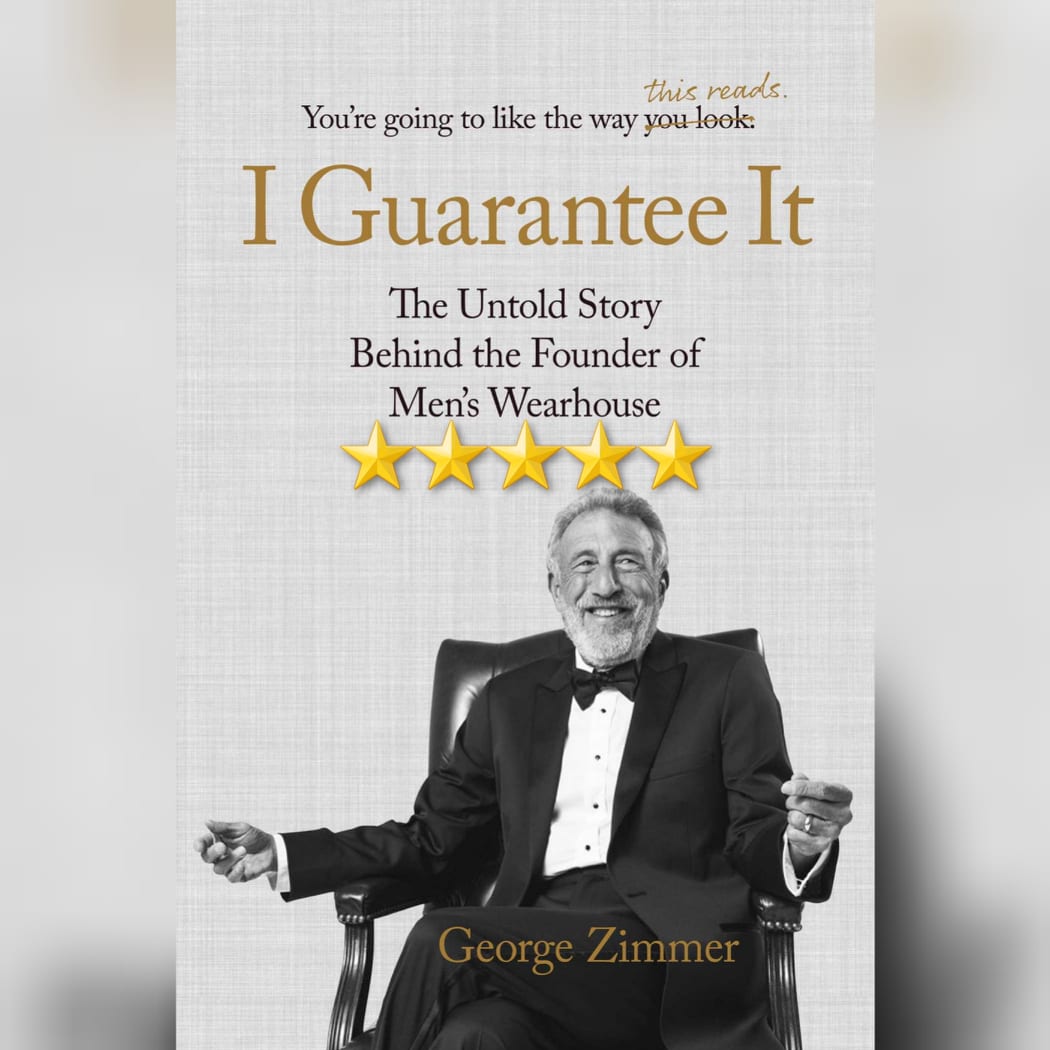 Love > Fear. Growing up in the trailer parks of the 80’s, moving out of them in the 90s, and becoming the first person in my immediate family (and only the second person in my triple-digit-numbering extended family) to go to college at the turn of the Millenium, I was one of those kids that saw George Zimmer’s famous “You’re going to love the way you look. I guarantee it.” commercials all over Atlanta TV. (And I *think* they even ran on radio? Though Zimmer never mentions those campaigns in this text. So maybe I’m wrong there. 20+ yr old memories at this point. 😉 ) But *being* that (even former) trailer park kid… Mens’ Wearhouse prices of $250 and up were a bit too rich for my blood, so I actually shopped at some of the competitors Zimmer mentions late in the text about buying out. 🙂

With this background, I found this memoir from a man I recognized from TV in my childhood to be quite fascinating. In many ways quite honest – even at times brutally so – and astute, Zimmer openly admits to his luck, sometimes brilliance, and several of the key mistakes he made along the way. He also makes quite clear that he is still hurt by his 2013 ouster from the company he created – and its continual efforts to keep him from becoming a competitor. But in the end, this is a story about a truly remarkable “fortunate son”. A hippie who grew to become one of the titans of industry in America. (And who used his money to get the first Medical Marijuana legalization passed.) A progressive who is absolutely dedicated to capitalism. And a man who firmly believes that a paradigm shift from fear to love is what is needed in both industry and society as a whole.

An utterly fascinating read, and a shortish one to boot – I finished it in about 4 hours or so. Very much recommended.

This review of I Guarantee It by George Zimmer was originally written on August 12, 2021.