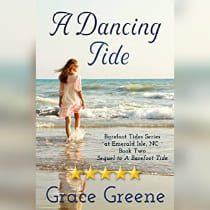 Beautiful Sequel. Full disclosure up front on this one: I read the book a month ago and somehow forgot to write my review then. Fortunately, I’ve been slowing down and I’ve only read about a dozen and a half books since. 😀 This book was a great continuation of a story… that the author originally had no intention of continuing. But she listens to her fans – including myself – and when we began clamoring for a sequel to A Barefoot Tide due to several unresolved threads at the end of that tale, Greene eventually wrote this tale as well. And while I think we could continue in this world for at least one other book, most of the threads that were left a bit too open in the previous book are more fully explored here, and thus if this series ends as a duology, I think that too could work. But while it *can* *technically* be read first, you really should go read A Barefoot Tide before this book… and then you’ll be glad the rest of us begged Greene enough for this book that she finally wrote it. 😀 Very much recommended.