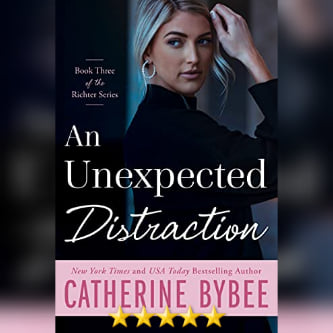 Organic Romance – In A Romance Book???? Let’s face it, so many times in a romance book, the romance feels at least somewhat contrived. “Oh, you’re *really* going to go completely against your established character for this person you just randomly met?” kind of stuff. This isn’t the case here. Instead, Bybee crafts one of the more genuinely organic romances I’ve ever seen in a romance book… while still having her lead female kick ass and take names later. Fans of the Richter books largely know what you’re getting into here, and while this *does* work as a standalone, there *are* a lot of established external characters and backstories that you’re going to want to know up front. Thus, while you don’t have to go *all* the way back to its actual origins a couple of series ago, I absolutely recommend at minimum starting with Richter #1 and working your way to this book. But if you do… you’re going to want to get here anyway. 🙂 Very much recommended.

This review of An Unexpected Distraction by Catherine Bybee was originally written on November 7, 2021.