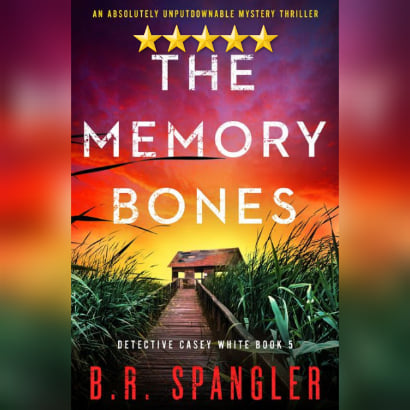 A Finale. Without going *too* deep into spoiler territory, by the end of this book the long-running mythos surrounding Detective White achieves a resolution – and not only that, but several other character arcs seem to be wrapped up as well. So much so that this book ends feeling like a series finale – until you hit the author note at the back, confirming that the author *is* working on the next book in this series. Which means that this book isn’t so much *series* finale as “season” finale, and I for one can’t wait to see what else the author cooks up from here.

As to this particular tale, yet again Spangler manages to craft a fairly inventive way to murder, and yet again the mystery here is quite wide ranging and explosive – and based on at least one real world situation that I am aware of, that went on at least as long before it was detected. (Though to be clear, I am not aware of any murders happening in the real world variant to preserve the secret… though it is at least theoretically possible.)

But the real stars of this series are White and her team, and here they yet again step up and provide much of what makes this series so great. Yes, Spangler is solid on the mysteries and murders, but it is in this part, in developing the entire cast of characters and their relationships, that Spangler truly excels and indeed (possibly arguably) overcomes the limitations and perceptions of this genre. Very much recommended.

This review of The Memory Bones by B.R. Spangler was originally written on November 7, 2021.