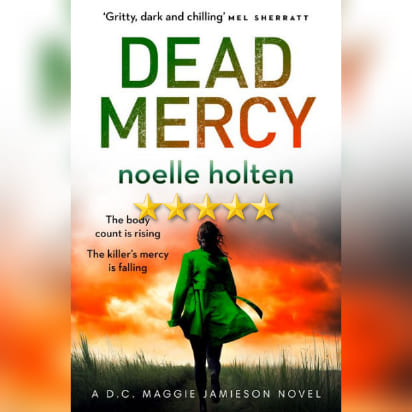 Brutal Killings Ripped From (Somewhat Dated-ish) Headlines. Without going into spoiler-y territory, there are themes here that have been in the headlines and have been massive scandals over the last few decades – and which I believe even bigger scandals lay ahead, particularly in the direction this book ultimately goes.

The murders here are again particularly brutal, though perhaps not quite as straight up creepy as from Book 4, and this time no team member is imperiled – and yet Holten still manages to ramp up the tension almost as if they are.

This is labeled as Book 5, so that alone tells you that it *is* part of a series, and somewhat deep into it at that, but as a police procedural (even a British based one), it is still episodic enough that you can jump into the series with any particular episode, then backfill to see how the relationships amongst the team got to the point you first encountered them. And on that particular front, there are a couple of great reveals in this particular book, one from Jamieson herself and the other from another teammate in the closing paragraphs.

Yet another thrill a minute read that will keep you invested through all of its 400 pages. Very much recommended.