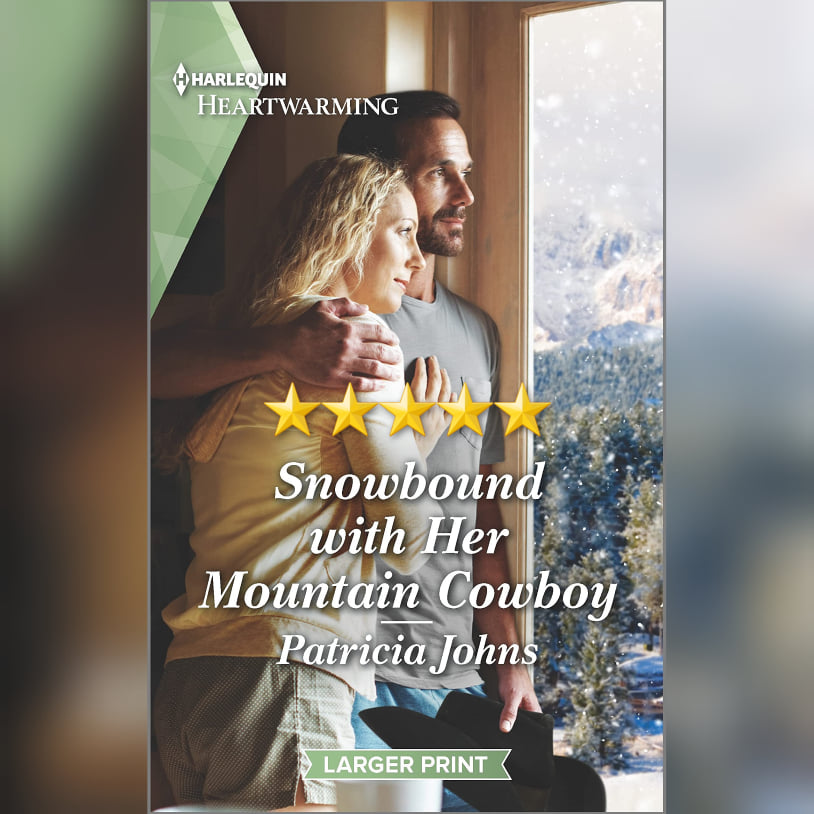 Slow Burn Clean Second Chance Romance – With A Disaster. This is exactly what I noted in the title – a slow burn romance where the couple never really gets together until the very end, clean in that there is barely any kissing and certainly nothing beyond that (sorry, fans of near-erotica level steam), and featuring a couple that has been divorced far longer than they were ever married… but who neither ever quite got over the other. This one also has a few other love story tales embedded naturally within the story, all of which contribute nicely to the primary romance of the story here. Not short at nearly 400 pages, but does actually read a bit faster than other books of its length I’ve encountered. Very much recommended.

After the jump, an excerpt from the book followed by the “publisher details” including book description, author bio, and social media and buy links.

“Angelina,” he said. “I sense there are some hard feelings between us. I mean, I don’t remember it, but you seem…uncomfortable with me.”

“It’s fine,” she said with a shake of her head.

“What did I do?” he asked. “Because I’m looking at you, and I see a beautiful, successful woman I’d be proud to be with. So…what happened with us?”

Her green gaze flicked over to meet his. “Your family happened.”

What had his father said? And perhaps expect some jealousy toward our family.

“They hated me.” She said it so matter-of-factly, with no emotion behind it.

“I find that hard to believe…” He smiled, hoping that she’d soften her stance there. “For what?”

“For being beneath the quality standard they set for you,” she said. “They wanted you to marry someone who came from a family equally well situated. I’m just a regular woman.”

She’d achieved an awful lot to consider herself ordinary. And look at her! She drew every eye in a room.

“You’d be surprised.” She didn’t return his smile, and her gaze didn’t waver. This wasn’t a joke. He was inclined to believe her.

“So my family hated you, and we broke up?” he asked hesitantly.

“I got tired of trying to prove myself,” she said. “And I think you got tired of fighting for us. A man’s family is a part of him, Ben. Remember them or not, they formed you. They raised you. Their DNA flows through you. And I wasn’t acceptable.”

Ben felt her words spinning through his mind like that blinding snow outside. His family had been the cause of their divorce? Was that why his father had given him that warning—he saw Angelina as a threat?

Angelina shook her head. “I have no idea.”

“We didn’t have plans to…talk?” he asked. “Because I don’t know why else I’d be driving this way. Do I know anyone else here or have any business to take care of?”

Angelina shrugged. “I wouldn’t know. I’m not a part of your life.”

“But you said we talked sometimes,” he said.

“Maybe I wanted to talk again. You said we broke up? Maybe that was weighing on me.”

“Maybe.” She met his gaze. “I wouldn’t know, would I?” She was silent for a moment. “We always have held on to some feelings for each other. I won’t deny that. I think you regretted how things ended with us. But we aren’t friends. You can’t feel the way we did for each other, go through that kind of heartbreak and be friends afterward. It doesn’t work.”

No, he could see that. Knowing next to nothing about her, he’d felt drawn to this woman. And even now, knowing that nothing had worked between them, he still found himself wanting to keep her close.

“But I came here,” he said. “With a storm at my back, no less. That has to mean something. I feel absolutely certain that I was trying to reach…this place.”
As she looked at him, he could see that her resistance was up. She didn’t have his answers, and maybe he was asking too much of her to expect her to know why he’d come out here.

“Do you want me to have your clothes laundered tonight, or do you want to have them dry-cleaned?” she asked.

Right. She was backing away from the personal.

She smiled faintly. “You were particular about your shirts. I should warn you.”

He thought about it for a moment. “I’m not right now. I wouldn’t mind having my own clothes back. Let’s see how it goes.”

“All right.” She turned toward the door.

He wanted to stop her, ask her more questions, convince her to stay awhile, but he could sense that wouldn’t be appropriate. Whatever they’d been, it was well in the past.

“Good night,” he called after her.

“Good night, Ben.” Her voice was soft, cutting off when the door shut behind her. 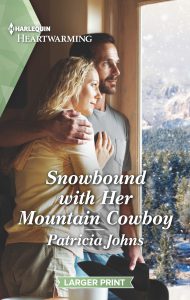 Book Description:
SNOWBOUND WITH HER MOUNTAIN COWBOY by Patricia Johns (on-sale Nov.30, Harlequin Heartwarming): A lost memory could mean a second chance! Mountain resort owner Angelina Cunningham has her hands full with a massive winter storm. Which is exactly when her ex-husband arrives, injured and suffering temporary amnesia. Ben King has always been her weakness. Though he doesn’t remember her, he’s still as charming and sweet as ever, and Angelina is falling for him all over again. But can their rekindled love outlast the storm and the return of their past mistakes? 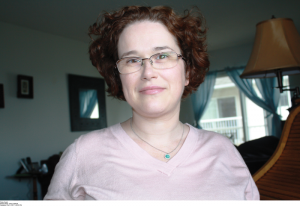 About PATRICIA JOHNS:
Patricia Johns writes from Alberta, Canada where she lives with her husband and son. She has her Honors BA in English Literature and writes for both Harlequin and Kensington books. She loves prairie skies and time with her family. 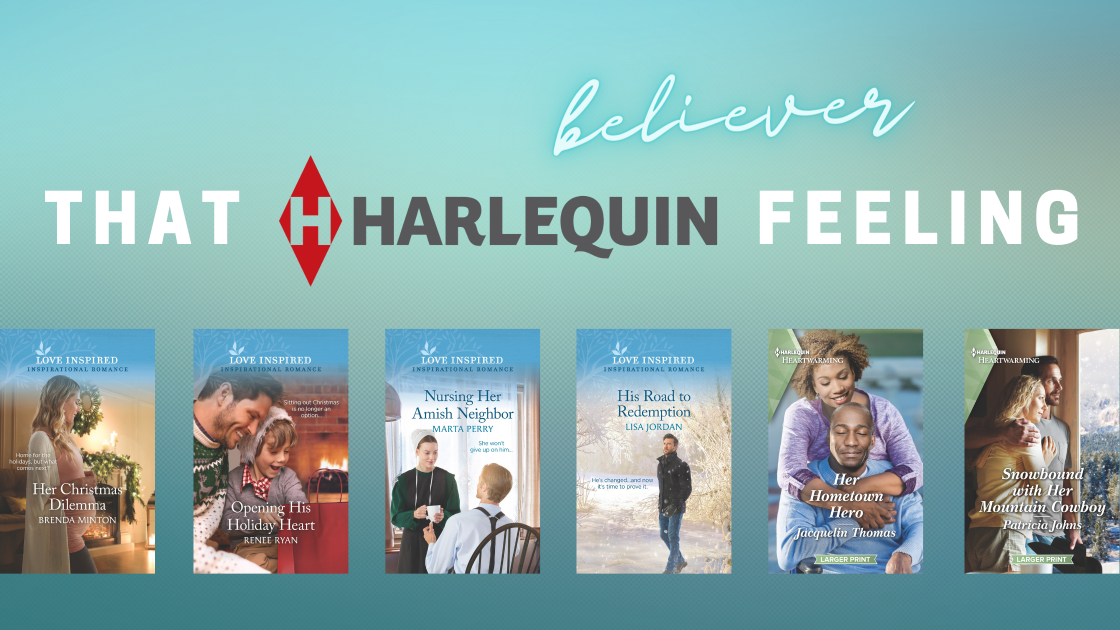