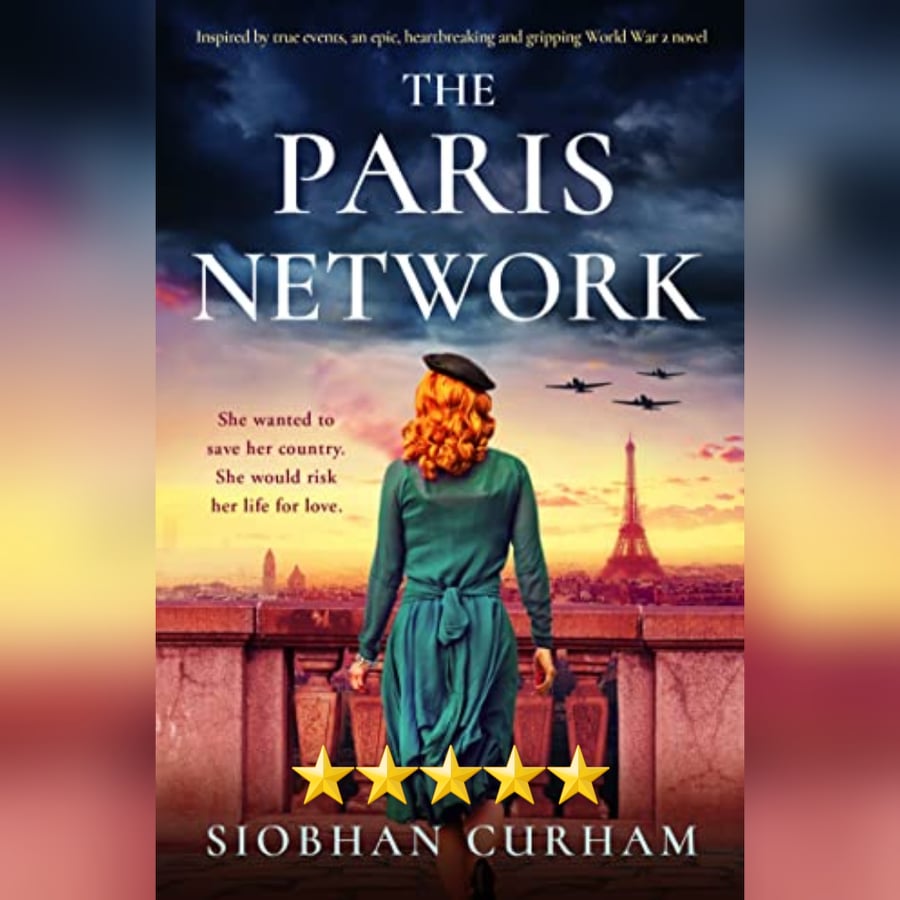 Despite Being Set Nearly A Century Ago, Still All Too Relevant. This is one of those books that makes a lot of solid political points… without ever actually coming across as preachy, as they are completely couched within the story being told and the period it is being told within. Specifically as it relates to resistance of tyranny not always needing to be violent and that the mind is the only thing the tyrants can never take, as well as a war-born form of “cancel culture” to boot. But again, the tale makes all of these points in a moving tale of a 1990s era 50 yr old woman trying to find her origins in 1943 France – and of a young woman in 1939 France destined to become the mother of the 50 year old. Kudos to the author as well not only for the points I’ve already mentioned but also in not being afraid to take what is a … less conventional… path that makes the tale all the more realistic for it. This is absolutely one of those books that truly takes you to the era and brings out *all* of the emotions therein… leaving you breathless by the end, and maybe sitting in a room that suddenly becomes quite dusty. Very much recommended.

After the jump, the “publisher details”, including book description, author bio, and social media and buy links. 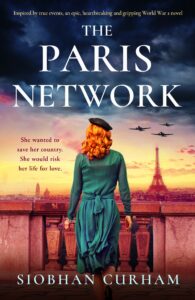 Paris, 1940: He pressed the tattered book into her hands. ‘You must go to the café and ask at the counter for Pierre Duras. Tell him that I sent you. Tell him you’re there to save the people of France.’

Sliding the coded message in between the crisp pages of the hardback novel, bookstore owner Laurence slips out into the cold night to meet her resistance contact, pulling her woollen beret down further over her face. The silence of the night is suddenly shattered by an Allied plane rushing overhead, its tail aflame, heading down towards the forest. Her every nerve stands on end. She must try to rescue the pilot.

But straying from her mission isn’t part of the plan, and if she is discovered it won’t only be her life at risk…

America, years later: when Jeanne uncovers a dusty old box in her father’s garage, her world as she knows it is turned upside down. She has inherited a bookstore in a tiny French village just outside of Paris from a mysterious woman named Laurence.

Travelling to France to search for answers about the woman her father has kept a secret for years, Jeanne finds the store tucked away in a corner of the cobbled main square. Boarded up, it is in complete disrepair. Inside, she finds a tiny silver pendant hidden beneath the blackened, scorched floorboards.

As Jeanne pieces together Laurence’s incredible story, she discovers a woman whose bravery knew no bounds. But will the truth about who Laurence really is shatter Jeanne’s heart, or change her future?

Inspired by true events, an epic and emotional novel about one woman’s strength to survive in the most difficult circumstances and the power of love in the face of darkness. Fans of The Alice Network, The Nightingale and The Lost Girls of Paris will be completely gripped from the very first page. 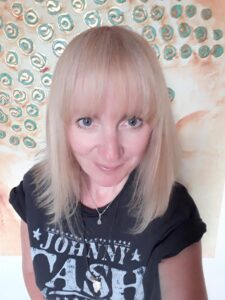 Author Bio:
Siobhan Curham is an award-winning author, ghost writer, editor and writing coach. She has also written for many newspapers, magazines and websites, including The Guardian, Breathe magazine, Cosmopolitan, Writers’ Forum, DatingAdvice.com, and Spirit & Destiny. Siobhan has been a guest on various radio and TV shows, including Woman’s Hour, BBC News, GMTV and BBC Breakfast. And she has spoken at businesses, schools, universities and literary festivals around the world, including the BBC, Hay Festival, Cheltenham Festival, Bath Festival, Ilkley Festival, London Book Fair and Sharjah Reading Festival.

Listen to a sample here:
https://soundcloud.com/bookouture/the-paris-network-by-siobhan-curham-narrated-by-laurence-bouvard 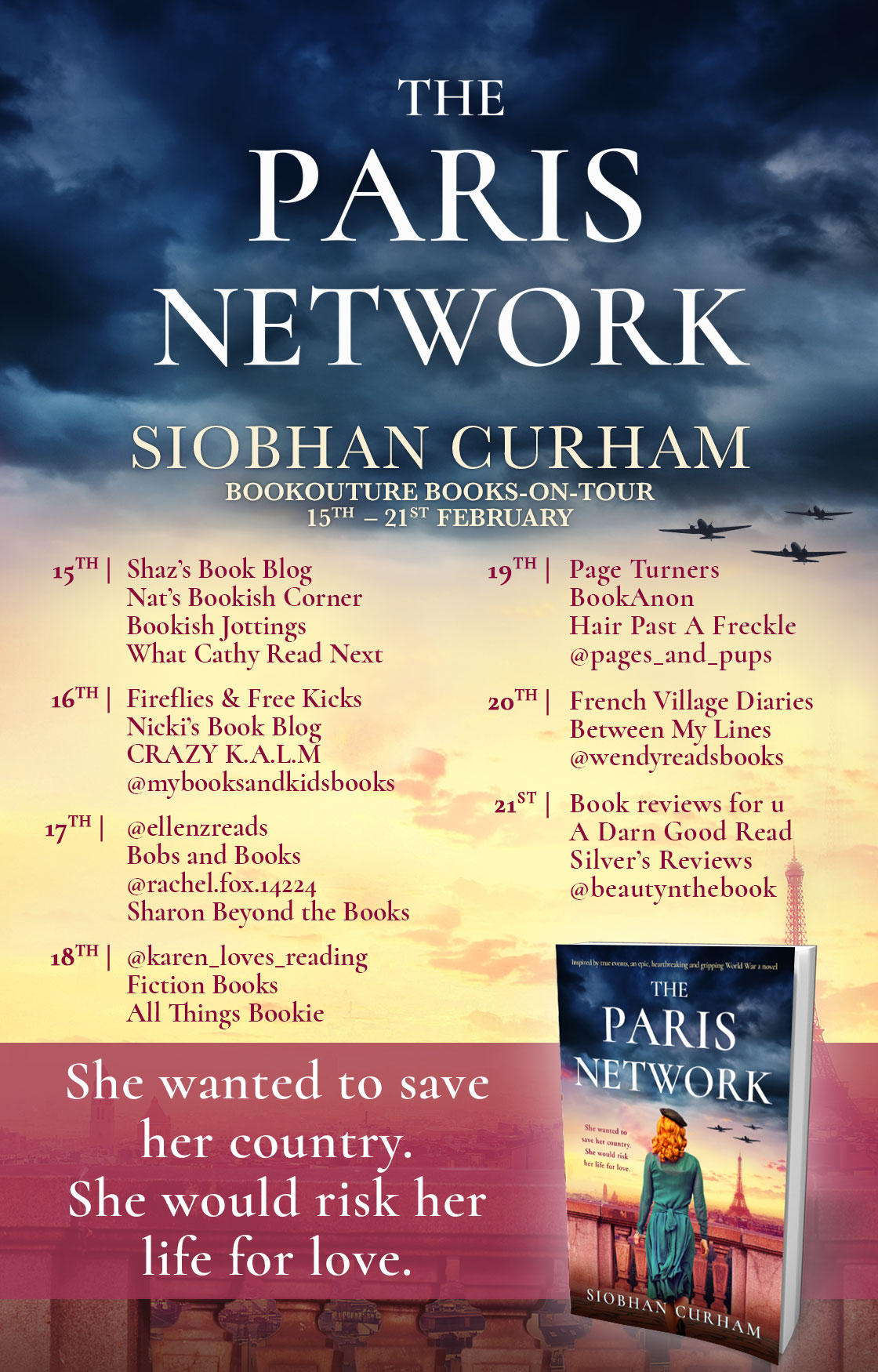