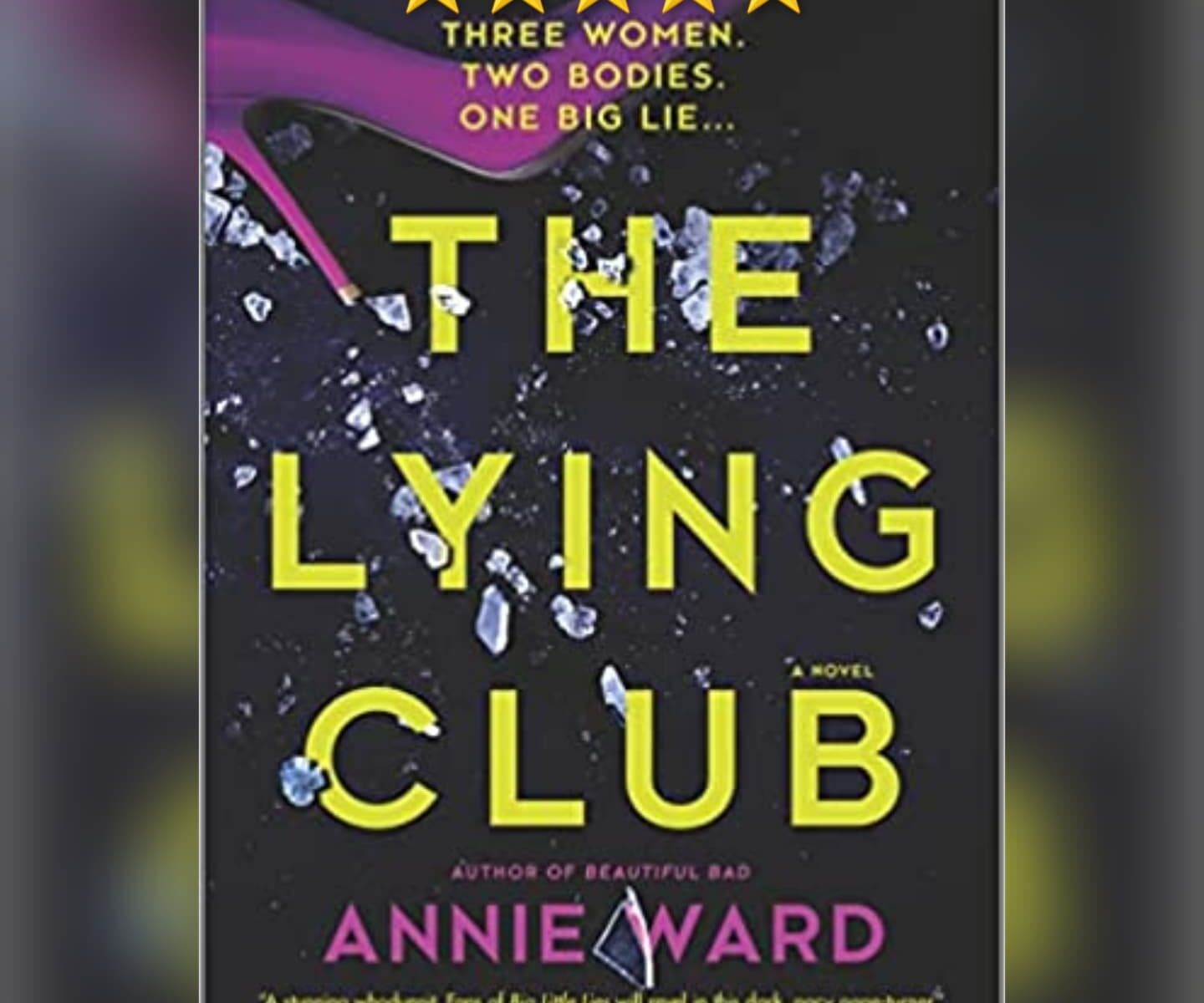 Slow Start Yet Overall Satisfying. This is one of those books that starts a bit slow and has a LOT of moving parts and thus can be a touch difficult to keep track of at times, even for those of us who like this type of setup. One where there is little action and it seems a touch pointless at times… until the back parts of the book where the action truly finally picks up steam and gets fairly suspenseful. And yet, by the end all is tied up neatly – perhaps a bit too neatly, and the epilogue is perhaps unneeded as well. Ultimately a strong book that arguably tries to do a bit too much – but still largely succeeds in telling its tale its way. Very much recommended.

After the jump, an excerpt from the book followed by the “publisher details” – book description, author bio, social and buy links.

THE NECKTIE OF her ex was still clasped in her hand when Natalie woke. Her head was pounding, and her mouth tasted bad, like she’d fallen into bed without brushing her teeth. She had a horrible, cloudy feeling that she’d done something regrettable, but in that moment, she couldn’t remember what it was.

She wasn’t at home. Instead, she was upright, a seat belt crossing her chest. In front of her was the windshield of her own car, coated in a sheet of frost, and her I LOVE COLORADO!
key chain was dangling from the ignition.

Natalie realized then that she’d blacked out. It had happened before, when she was much younger, and the memory of that awful awakening hit her with an electrifying jolt. After a frantic inspection, she concluded that all her clothes were on and nothing seemed torn or altered. She slipped the tie into her coat pocket.

Yanking the rearview mirror toward her face, she saw that her hazel eyes were huge, the pupils tiny pinpoints, and her mascara was smudged. A chapped crack ran down the bottom of her lower lip, but there were no other bruises or cuts. It didn’t appear that she’d crashed into a building or a tree. There were no sirens.

She rolled down her window, and a thin wall of ice collapsed into the car, dampening her plaid skirt. It was almost dark outside.

Work. She was at work. Across the snowy parking lot, she could see the back door to the east wing of the private school where she was an administrative assistant in the front office.

Pulling on her stocking cap and opening the car door, Natalie noticed footprints, slightly softened by snowfall, leading from her car to the rear exit of the school’s gym. Another set of
identical prints returned from the door to the car, but not in a straight line. They zigzagged, and there was a large compression in the snow, just about the size of a small person like her.
Gingerly, she lowered one boot into the first of the prints to make sure it was a match. It was. It seemed likely that the body-shaped spot in the snow was an indication that she’d fallen, and a quick pat down of her coat confirmed that it was wet.

Natalie stepped out of her car and squinted into the wind. Her legs felt weak, as if she’d just returned from one of her longer runs.

She retraced her own tracks, leading to the school. The sky was changing color from a grayish stormy dusk to night, and it struck Natalie, who loved art, that the swirling white flurries
between her and the stars resembled a monochrome Van Gogh painting. Snow-capped peaks surrounded her on all sides. Down the mountain was the town center. Lights twinkled. Houses, vacation condos, and old-timey shops were piled like Christmas gifts on top of one another alongside a dark and twisting river.

The heavy back door was ajar. When she tugged on it, it groaned, scraped, and opened. Heart pounding, she went in.

During school hours, the sports pavilion would have been filled with the sound of bouncing basketballs, laughter, whistles, and sneakers squeaking on the gym floor. Now, there was distant, droning pop music playing up on the mezzanine, but no one was singing along or dropping weights to the floor with a crash.

Natalie walked with slow, hesitant steps over to the double doors that opened onto the basketball courts.

Normally those doors stood propped open by gray rubber wedges. Now they were closed, but each had a rectangular window. Natalie curled her hand and made a cup for her eyes.

It took a second to see anything at all. The court was dim, aglow only from the small green emergency lights situated over the doors and in the corners of the room. Her eyes were adjusting. Something was there.

She jumped away from the door as if the glass had burned her skin. Her hands flew up to cover her mouth. A scream almost escaped, but she stopped it in her throat with a choking noise.

Not far from the door was what looked like a crumpled pile of clothes and broken body parts, motionless in the middle of a spreading pool of blood.

What the hell did I do?

The security lights in the Falcon Academy parking lot flickered. It was early Monday morning and still dark. A beat-up Pathfinder left tracks in the snow as it swerved into a spot reserved for employees.

Harry Doyle climbed out and used his heel to squelch a cigarette into the ground. He grabbed a battered baseball cap from the dashboard and plopped it on his head, holding down what little was left of his hair. After slamming the driver’s door shut, he looked up at the sky, which was turning pink and orange to the east. An enormous blanket of fluffy white covered the parking lot. Last night had been the first big storm of the season, and some parents would call their kids in sick so they could hit the slopes with their friends.

The sixty-eight-year-old custodian shuffled towards the rear entrance of the sports pavilion. The automatic fluorescents in the back hallway glowed a sickly yellow. He hummed as he plodded down the hall to the boys’ changing room, where he put his lunch and jacket away in his locker before going to the storage closet. Harry grabbed the fiberglass handle of the deluxe wet mop and hauled it, and the bucket, out into the corridor toward the basketball courts. Pushing past the double doors, he activated all nine light switches with a swipe of his hand. The bulky, caged gymnasium overheads burst to life with a buzz.

“What the hell?” he exclaimed, dropping the mop.

The handle clattered against the maple wood planks. “Oh dear God.” The words came out strangled.

Harry scrambled for his phone in a zippered compartment of his slacks.

“Hello?” he managed to say, after dialing 911. He was having trouble breathing. “The Falcon Academy. Off Highway 70. Just west of Blackswift. Oh Jesus. Jesus Mary and Joseph. We need help. There’s a lot of blood.” 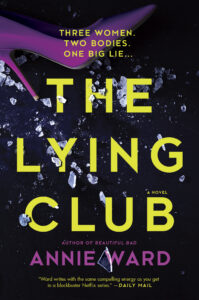 Book Summary:
From the acclaimed author of Beautiful Bad comes an explosive new novel of revenge,
murder and shocking secrets—where the victims aren’t who you might think. Perfect for fans
of Liane Moriarty, Lucy Foley, and Liv Constantine.

A tangled web of lies draws together three women in this explosive thriller of revenge,
murder and shocking secrets.

At an elite private school nestled in the Colorado mountains, Natalie, an office assistant,
dreams of having a life like the school moms she deals with every day. Women like Brooke—a
gorgeous heiress, ferociously loving mother and serial cheater—and Asha, an overprotective
mom who suspects her husband of having an affair. Their fates are bound by the handsome
assistant athletic director Nicholas, whom Natalie loves, Brooke wants and Asha needs.

But when two bodies are carried out of the school one morning, it seems the tension between
mothers and daughters, rival lovers, and the haves and have-nots has shattered the surface of
this isolated, affluent town—where people stop at nothing to get what they want. 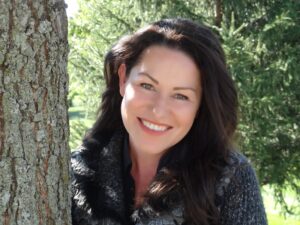 Author Bio:
Annie Ward is the author of Beautiful Bad. She has a BA in English literature from UCLA and an
MFA in screenwriting from the American Film Institute. Her first short screenplay, Strange
Habit, starring Adam Scott, was an official selection of the Sundance Film Festival and the
Grand Jury Award winner at the Aspen Film Festival. She has received a Fulbright scholarship
and an Escape to Create artist residency. She lives in Kansas with her family.